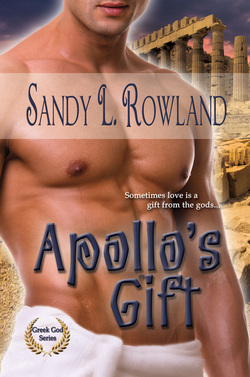 The golden god, Apollo, will pay any price to win the heart of Cassandra reincarnated prophetess of ancient Troy. Even his soul.

Cassie Priam is licking her wounds, following her latest romantic disaster. To hell with love. It’s fiction and she’s done believing in myths.

A snare has been set and Apollo stepped into it when he wagered with Hades. Gaining Cassie’s love will be a herculean task. She refuses to believe he exists despite her attraction to his chiseled perfection. He’s a dream. The kind that keeps her up at night and invades her thoughts during the day. Why can’t a man like that be real?

But Cassie’s dreams veer into reality as visions of destruction threaten Greece and Apollo appears in the flesh.  Can Apollo and Cassie learn to love and believe in each other before Hydra levels Athens, and they lose both their lives and their souls to Hades?

And on Smashwords:  http://www.smashwords.com/books/view/277566
Apollo will be exclusively on amazon for the time being.


CONQUERED will be free for your kindle Feb. 22-Feb. 24th. Head to the amazon link at the bottom of this page and share the heck out of it. FREE BEGINS FEB. 22ND! 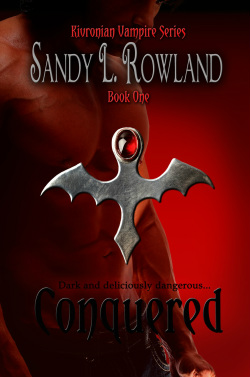 Dark and deliciously dangerous.
The first in the Kivronian Vampire series.

Twenty years in the future, on conquered Earth, the sage-kissed breeze of Red Rock carries with it the taint of blood.  Alien vampire, Rafe Nucretah, has lost comrades to vile madness that strips warriors of reason and reduces them to murderous demons. Rafe has sworn against suffering that fate, but the only cure rests is the love of a woman. Time is out for this ruler of the Western Quadrant and claiming any female will do.

Spunky and courageous reporter, Pepper Morgan, has lost both her mother and a fiancé to the devastating plague that ravaged Earth before the vampires subjugated them. Desperate to reunite with her captured father, Pepper must throw herself on Rafe’s mercy.

Now Rafe and Pepper find themselves bound not only by desperation and blood, but also by dangerous secrets that have the power to enslave humanity and threaten vampire survival.

Conquered is the first novel in the Kivronian Vampire Series. The romantic adventure centers on three compelling vampire brothers. These powerful, seductive warriors are thrown into the battle for Earth’s control as they strive to overcome personal demons, cruel betrayal, and ruthless enemies.

The Kivronian Vampire series touches deep inside the hearts of all people, for we all long to be free. 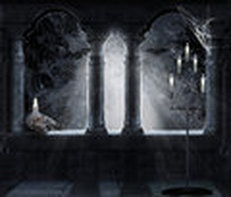 An excerpt from CONQUERED

Her heart pounded and her knees felt weak. His smoldering gaze was lethal. She wanted to look away, extricate herself from the desire warming her blood, but couldn’t. He slid his arm around her waist and pulled her against him, his other hand cradling her head. Her body reacted in spite of her mental protests, tilting her chin, parting her lips in an invitation she couldn’t control. His warm mouth covered hers. She opened to his tongue’s plea for entrance. This was a bad idea. She knew it. While her defenses buckled under his efforts, her mind fogged and she leaned into him, her arms sliding around his neck. She trembled with want, with passion, and with the fear of her own need.

Her fingers moved to his thick dark hair, twisting in the silky strands as she moaned into his mouth. He deepened the kiss, taking her firmly, owning her mouth with the distinct demand for more. Fear shriveled under the heat of his hands. Her fortress couldn’t stand against this and she knew it.


IF WANT MORE INFORMATION AND CHECK OUT REVIEW'S :
http://askdavid.com/reviews/book/vampire-romance/3227

You can find CONQUERED only at: Currently only available through Amazon.